The Fiddle The Voice 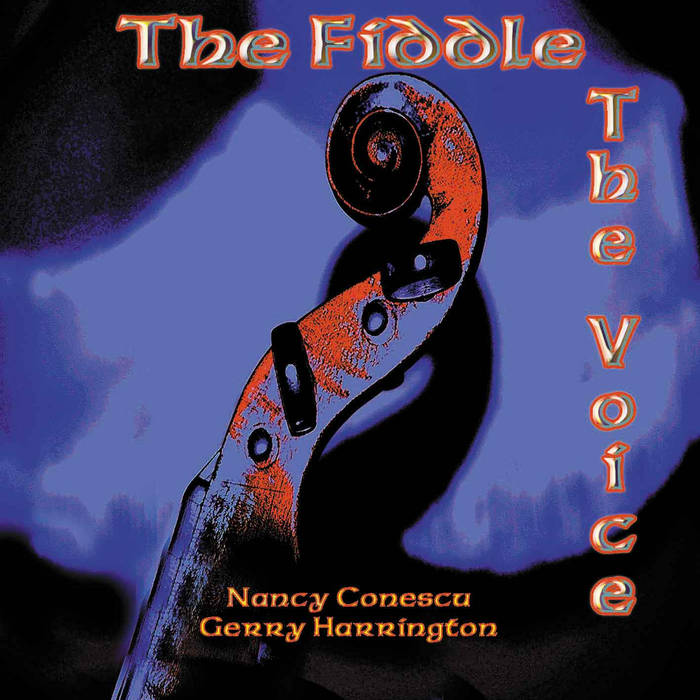 Rory O' Connor A wonderful album I revisit regularly. The fiddling is top notch and the guitar's dreamy playing amplifies its mood and power well. Superb musicianship overall. Favorite track: Jigs: Sheehan's / The Duck in the Oats / The Munster Jig.

Sometimes the quality of a musician's performance is judged not so much by how much he puts into the tunes, but rather by how much he leaves out. This sense of economy and purity of line is what makes Gerry Harrington's fiddle playing so special and what has brought it notice ever since the days of his lovely duet recordings with accordion player Eoghan O'Sullivan. Those who appreciated those qualities in Gerry's playing then will find them again on this album. Gerry's Co. Kerry roots and his love of the Sliabh Luachra repertoire are fully in evidence as well. New York-born Nancy Conescu (the voice) is a skilled accompanist on the guitar as well as, indeed, a wonderfully expressive singer. She is completely at ease with the Irish vocal idiom, as demonstrated in her singing of "The May Morning Dew," but her rendition of the American traditional song "Pretty Saro," with two harmony lines she adds on herself, is a real show stopper. Dave Hennessy contributes some excellent melodeon playing on a couple of instrumental tracks. My only complaint is that some tracks where Harrington's intonation wavers a bit would have benefited from a slightly more stringent standard of production.
More and more, I've found myself trying to define or come to a truer
understanding on just exactly what makes the difference between the
good, the not so good, the right and the not so right. Now, I am talking
here in terms of Traditional and Traditional-based music and song. Many
have laid down the correct "Rules and Guidelines" for performers of
Traditional material before and indeed there are already many
"academically trained and qualified traditional music performers" - some
you may even enjoy. So here are three points that are deciding plus or
minus factors for me - tone, timing and choice of material. Scoring highly
in all three areas is this CD from Nancy Conescu and Gerry Harrington.
Gerry Harrington I've heard and enjoyed before on several CDs. On "The
Fiddle The Voice", his playing, as ever, is of the older style and tempo
with none of your smoothed out post-, production work so all of the
instrument's heart is revealed, as in tracks four and five, 'Lament for
O'Donnell', 'Fitzgerald's', 'Fiddler's Green', 'Sheehan's Jigs', 'The Duck in
the Oats' and 'The Munster Jig'. These are just two sample tracks from
what is an immediately enjoyable and satisfying recording which includes
reels, hornpipes, slides, jigs and polkas.
There is also some fine accompanying guitar work from Nancy Conescu
which comes as an additional bonus to her interesting selection of the
songs. I only know of Nancy Conescu, from New York and Oregon,
through this recording, she certainly knows how to sing. Her version of
'Death and the Lady' is a tad fast but in no way rushed, she captures
much of the angry sadness in, 'The May Morning Dew' that is so often
missed by other singers and manages to make the Appalachian song of
parting and separation, 'Pretty Saro', fit right into place on this album of
Irish Music.
Peter Fairbairn
Gerry Harrington is a fiddle player extraordinaire from Kenmare, Co. Kerry. In the 1980s he lived in Chicago, playing with Liz Carroll and others. But he's probably best known as a duo with accordion player Charlie Piggott. At first Gerry had something different in mind: I saw the project as a
solo album but in the long gestation period I played some sessions with Nancy Conescu. Her fresh and inventive guitar accompaniment of Irish music was so
clever and sympathetic it added a new dimension not only to my playing but to the tunes as well. Nancy Conescu, of presumably Romanian extraction, is a
singer of traditional Irish and American ballads, both as solo performer and with the group Aontas. She backs up Gerry proficiently on guitar. The great
maestros of traditional Irish music are present in the tunes, Padraig O'Keeffe, Denis Murphy, Julia Clifford, and all the Sliabh Luachra connection. Denis

. Gerry's music was brought to a wider audience during the nineties through the release of two exquisite albums with accordion player Eoghan O'Sullivan, Scéal Eile and The Smokey Chimney. Gerry recorded the album “The New Road" with button accordion master Charlie Piggott. The latest work is a solo fiddle album titled “At Home” which includes music from Sliabh Luchra and Sligo. ... more

Bandcamp Daily  your guide to the world of Bandcamp

Serena Cherry debuts her black metal project, plus a Pick from the Crypt block from Svalbard